A ‘new normal’ among warring factions 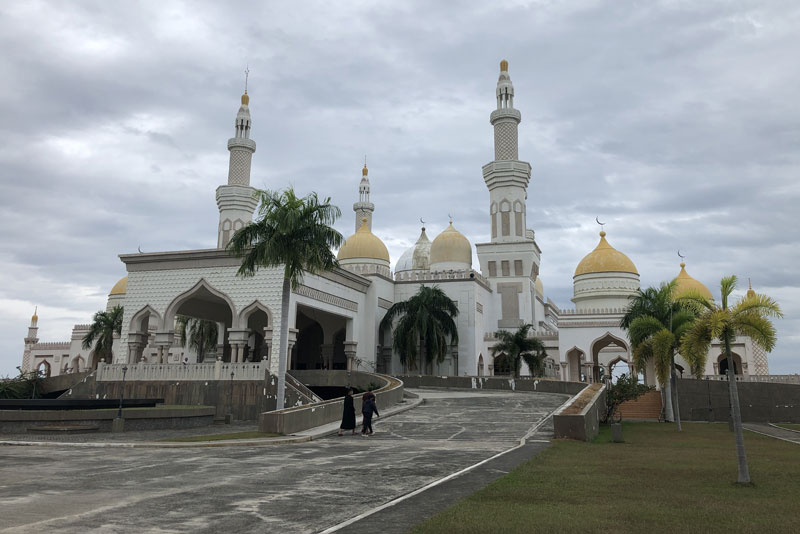 For decades, many Filipinos, Muslims and Christians alike in southern Philippines live in fear: getting caught in the middle of gunfire between rebels and government forces, and the possibility of being internally displaced in the land they call home.

A critical part of the agreement is the normalization track, a process that aims to transition communities and combatants from days of armed conflict to peaceful, civilian lives. Although this may not necessarily eliminate conflict, it guarantees thousands of combatants laying down their arms and the decommissioning of their weapons.

Normalization is a “central issue,” said Francisco Lara, Jr. of International Alert Philippines, an independent organization that has been supporting peace process initiatives in the country. “If it does not succeed, it will affect all aspects of the agreement and the entire transition process from conflict to peace.”

A REGION OF CONFLICT

Mindanao has long been synonymous with conflict. Clashes have ranged from the Moro and communist rebellion, both of which have been around since the 1960s, to the bloody and more contemporary incarnations of extremist and Islamic State-inspired ideologies that have become more pronounced since 9/11.

Tensions in the region, however, have been present for centuries. Muslims were the dominant group, according to the National Commission for Culture and the Arts. They fashioned the Philippines’ political and cultural history long before the Spanish colonization and Hispanization of the 16th century.

The migration of Christians to Mindanao that started in the late 1940s diminished the Muslim population and their sphere of influence. Between the 1960s and 1970s, insurgencies became more mainstream when educated Muslims mobilized to advance their people’s yearning for self-determination.

For decades, the Philippine government responded to the unrest in the South with weapons, and intermittently, negotiations. The Moro conflict, mostly concentrated in the central and western regions of Mindanao, began with the fight for self-determination further complicated by more extremist causes such as the rise of pro-ISIS groups.

The fight came at a huge cost in lives. Deaths were estimated at between 100,000 to 150,000, with the internally displaced pegged at millions over the years. It’s been a taxing narrative for the region, and more so, for the people.

In March 2019, almost five years after the peace deal was signed, the legislative validation of the land of the Moros, the Bangsamoro Autonomous Region in Muslim Mindanao (BARMM)  was formally established by law, fulfilling the political track of the peace deal. As the counterpart, the Liberation Front leads the current regional administration until the re-scheduled elections in 2025.

“Today marks a history for us,” said Al Haj Murad Ebrahim, BARMM (Bangsamoro Autonomous Region) Interim Chief Minister and Liberation Front leader, during his inauguration speech. “We are starting a new kind of jihad — a jihad against poverty, against want, and against neglect.”

After this, the fight of the Bangsamoro took a different turn.

FROM COMBAT TO PEACE BUILDING

For Wilma Madato, 55, and perhaps for among thousands of combatants and non-combatants who have begun their non-militant lives, what is normal now is anything but what was normal then. Life before meant days and even weeks away from family amidst the sights and sounds and scars of conflict between their group and the country’s armed forces.

The Auxiliary Brigade supported the frontline combatants and held important roles in camp life. Although considered non-combatant, they were trained to fight.

“We never really wanted any conflict,” she said in Tagalog. “If there’s conflict, you can’t build your own home because next month, or maybe next year, your enemy will burn it. All your efforts will be wasted.”

Today, the Auxiliary Brigade has expanded its work beyond camp duties and created the League of Moro Women Organization, which promotes Moro women’s expanded role in peace building and contributing to post-conflict initiatives.

Relinquishing her role as a combatant, Madato is taking part in peace initiatives, She is trying to establish a functional and autonomous region for her homeland.

NORMALIZATION AS A PROCESS

The normalization track, as defined by the Annex on Normalization in the Agreement, is “a process whereby communities can achieve their desired quality of life.” The aim is to ensure human security in the Bangsamoro.

The goals  — security, socio-economic development, and transitional justice — addresses critical aspects of the grievances in the Bangsamoro.

“It’s really a transformation after decades of only knowing conflict,” Ishmael Bahjin said over a Zoom call where he was joined by the directors from the Office of the Presidential Adviser on the Peace Process, Wendell Orbeso and Farrah Naparan.

The price for this transformation into peace and security is the relinquishing of arms, as articulated in the agreement’s Normalization Annex.

The conflict in Mindanao is not restricted to clashes with the government. There is internal warfare, mostly in the form of clan wars, or rido. Conflicts also hinder development, plus Mindanao became a hotbed for shadow criminal economies and terrorist cells emerged.

The Philippine government has laid out socioeconomic plans that include livelihood and education opportunities, and an immediate cash assistance of PHP 100,000 (approx. USD 2,000) for each decommissioned combatant. The transitional justice and reconciliation processes, however, have yet to produce significant progress.

But along with casualties of the COVID-19 pandemic, funding constraints, delays and bureaucratic challenges have proven to be a test.

“From rebel to government, the transformation is hard,”  said Madato. As someone who oversees some beneficiaries of the decommissioning package, she has to explain these obstacles.

The combatants have grown impatient with the slow progress of their decommissioning and the delivery of socioeconomic benefits.

REALITIES ON THE GROUND

The path to peace also lies outside the current actors at the peace table.

Normalization is  a way to entice other combatants to employ political expression,” says Naparan from the government advisers office. “(It) goes beyond the use of arms,” he said, “and that can be done through political engagement.”

The decommissioning process functions in phases, prioritizing the more senior soldiers. While some in the younger generation may embrace the opportunities of modernity, others may opt for  radicalization, especially  if extremist groups successfully tap into the problems and oversights of the peace mechanisms.

Another factor is the geographic limits of the normalization. The current process, according to Lara, does not have a national narrative of tolerance that can help end the enmity between the minority Bangsamoro people and the rest of the country.

Muslims make up at least 6% of the population, making Islam the second largest religion in the country, according to the 2015 Philippine Census of Population. Although religious freedom has not been limited in the Philippines, many Muslims outside Mindanao have not yet reached cultural, political, and social integration.

Madato experienced discrimination many years ago, but she says things have improved with the peace deal. More Muslim women now openly wear the hijab outside Mindanao; recently, the Phiilippine Coast Guard has allowed Muslim personnel to wear the hijab as part of their uniform. As steps towards more inclusion take place, Madato does not worry about her children and grandchildren exploring lives outside Mindanao. An end to the long, painful years of war and a peace agreement fractured the conventional perceptions on the people of her homeland, she said.

PEACE AS THE CATALYST

Similar to the peace negotiations, the normalization process is akin to a fresh set of arbitrations that now requires a more straightforward assessment in order to protect its gains.

Normalization has injected a set of mechanisms that can pave the way for a life of minimal strife so that progress can be made. The Bangsamoro people can then take ownership of their right to self-determination and identity, as well as their right to identify as Filipinos.

The grievances in the Bangsamoro have been ingrained in the consciousness of many Filipinos as a result of decades of insurgency and violence. Self-determination and identity are prime factors, with land and territory adding to the contention. The Bangsamoro issue, hence, is also a Bangsamoro question.

And it was a question Wilma responded to in 1976 when she witnessed the mistreatment of many Muslims in her homeland. She skipped classes and joined a militant group as a child soldier. It wasn’t her intention to fight; she wanted to defend herself and her family. She knew that in order to do this, she had to defend her homeland, and defending her homeland meant defending their beliefs.

Now, Wilma responds to the Bangsamoro question by laying down her arms, not as a means to surrender but as a gesture of solidarity towards a path to peace.

“If there is peace and security, poverty will be easier to address,” she says, encouraged by the belief that achieving what her homeland has so long lacked will help everything else fall into place.